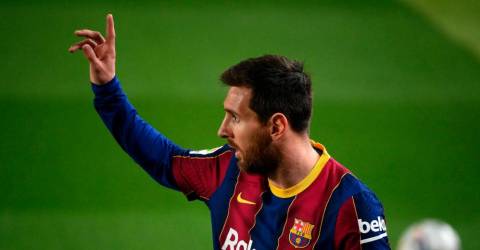 ANKARA: Barcelona officially confirmed the departure of Argentine superstar Lionel Messi(pix) on Thursday due to “financial and structural” issues.

The talks over a new deal between with former team captain and Barcelona broke down as Messi’s contract expired in June, according to report by Anadolu Agency.

“Despite club and player reaching an agreement and their clear intention to sign a new contract today, this cannot happen because of financial and structural obstacles,“ it quoted the La Liga club said in a statement.

“As a result of this situation, Messi shall not be staying on at FC Barcelona. Both parties deeply regret that the wishes of the player and the club will ultimately not be fulfilled.”

Barcelona also expressed gratitude to Messi for his contribution to the club and wished him the best for his future career.