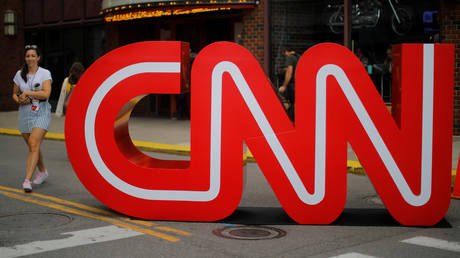 CNN is not only a leading promoter of Covid-19 orthodoxy, but also has put itself on the cutting edge of Covid-19 vaccine authoritarianism by firing three unidentified employees who came to work without getting their jabs first.

“In the past week, we have been made aware of three employees who were coming to the office unvaccinated,” CNN president Jeff Zucker told staffers in a memo, which reporter Oliver Darcy posted Thursday on Twitter.

All three have been terminated. Let me be clear: We have a zero-tolerance policy on this.

Jeff Zucker adds in his memo to CNN staff: “In the past week, we have been made aware of three employees who were coming to the office unvaccinated. All three have been terminated. Let me be clear — we have a zero-tolerance policy on this.”

The move marks one of the first publicized cases of a private-sector US employer firing workers who failed to get vaccinated against Covid-19, particularly in an industry outside of healthcare. The Houston Methodist hospital system in Texas said in June that 153 employees had either been fired or resigned because they refused to comply with the company’s vaccination mandate.


But rather than scoring virtue-signaling points with its firings, CNN was met with ridicule on social media. “CNN fires three unvaccinated staffers but still employees Fredo and that dude who pleasured himself during the Zoom call,” podcast host Todd Starnes said on Twitter, referring to primetime host Chris Cuomo and legal analyst Jeffrey Toobin.

CNN Fires 3 Unvaccinated Staffers, But Still Employ Fredo and that Dude Who ‘Pleasured’ Himself During the Zoom Call https://t.co/MeG5AlQVfa

“So CNN has a zero-tolerance policy for not getting vaxxed but won’t fire one who was caught jerking off on a Zoom call or if one helped craft statements for an embattled governor amid sexual-harassment claims,” journalist Mona Salama said.

“Translation: The three remaining heterodox thinkers at CNN were fired today,” he tweeted.


It’s not clear how Zucker discovered the three vaccine violators in CNN’s ranks, as the company has an “honor system” for complying with its inoculation mandate. But after the jab bust, that may be changing. “We expect that in the weeks ahead, showing proof of vaccination may become a formal part of the… passcard process,” Zucker said.

Ironically, the jettisoned employees apparently didn’t yet have to go to the office. Staffers have been allowed to work from home because of the pandemic, and CNN’s offices are open to workers on a voluntary basis.

Most US employees were scheduled to return to their offices on September 7, but Zucker pushed that target back to around mid-October. “This was not an easy decision,” he said, “and there is much to consider.”

CNN, which hyped Covid-19 deaths at the height of the pandemic to boost ratings, has promoted draconian social-distancing and vaccination policies. Former Planned Parenthood president Leana Wen, now a medical analyst for CNN, said in April on Chris Cuomo’s show that she feared Americans would “go out and enjoy these freedoms” if the Biden administration didn’t mandate vaccinations to be able to participate in society. Earlier this week, she said everyone should wear masks in public because “we can’t trust the unvaccinated.”

Also on rt.com
CNN analyst fears Americans may ‘enjoy freedoms’ without getting Covid jabs, unless Biden ties re-openings to vaccination