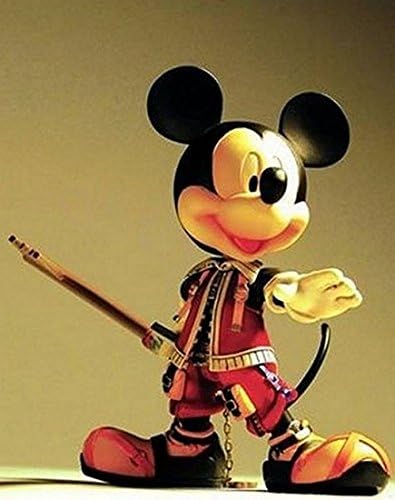 Imported from Japan! Disney and Square Enix teamed to create Kingdom Hearts, the fan-favorite role-playing game that combined the characters of Disney with the worlds and style of Final Fantasy. The characters from the sequel to the best-selling original game are crafted as the Kingdom Hearts 2 Play Arts action figures. King Mickey, the ruler of the magical lands of Disney, stands 5 1/4″ tall. Sora, in his appearance in Christmastown from The Nightmare Before Christmas, stands 7 3/4″ tall. Both figures comes with weapons and accessories taken from the game.